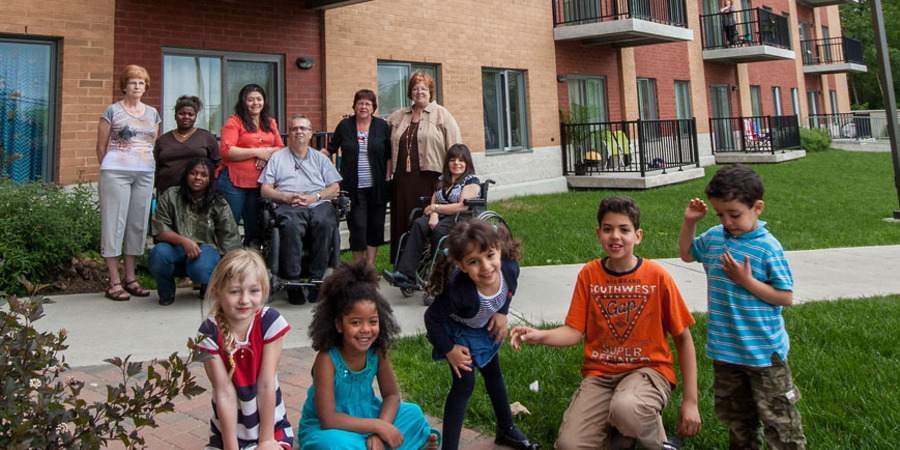 The Fédération des coopératives d'habitation intermunicipale du Montréal métropolitain (FECHIMM) is an amalgamation of self-governed collective businesses working in the real-estate sector. Its members are self-governed collective businesses. With its services and training workshops, the Federation participates in the consolidation of housing co-operatives in promoting the development of essential self-management skills of co-op's members.

THE ROLE OF THE FEDERATION

Founded in April 1983, FECHIMM celebrated its 30th anniversary in 2013. At the beginning, the name was Fédération des coopératives d'habitation de l'Île de Montréal. Around twenty housing cooperatives in Montréal wanted a collective tool to develop services for their particular needs, to defend their interests and to see that new housing cooperatives would see the light of day.

In 2002, the Federation extended its action to Laval and to the MRC de Deux-Montagnes, Mirabel and Thérèse-de-Blainville and changed its name to Fédération des coopératives d'habitation intermunicipale du Montréal métropolitain. Today, more than 460 cooperatives are a member of FECHIMM with some 11000 co-operative households. It represents about 2/3 of the cooperatives on its territory for a real-estate value of around 1 billion dollars.

Created by its members, its rationale is to serve them and it is fully accountable to them. The annual general assembly of the members elects the administrators, all from member cooperatives.For details on the democratic functioning of the Federation, see the Democratic functioning.

Our mission, the rationale of our organization, is determined as follows :

Our vision : the Federation is an association at the service of its members.

The elements that guide us form a whole and are indissociable from each other. They are :

The values which inspire our orientation are :