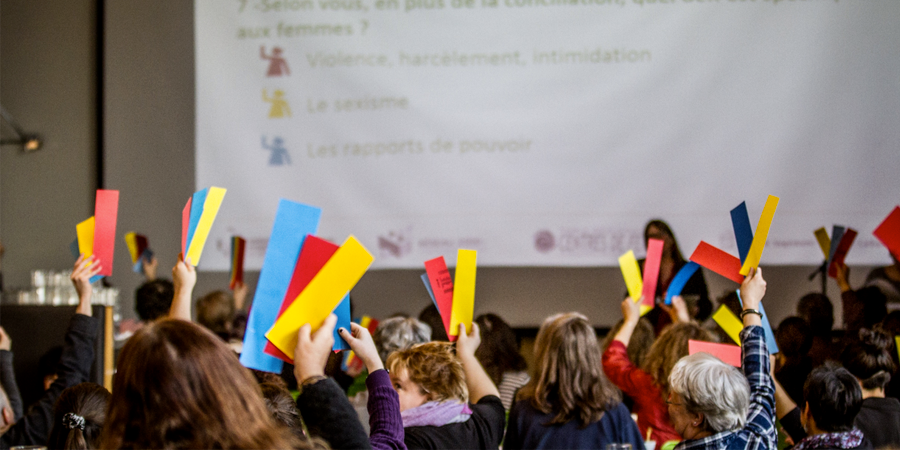 FECHIMM, in collaboration with organizations such as the Lachine-LaSalle Housing Committee (CLLL), the Réseau 2000+ Technical Resource Group (GRT), and the Regional table for Montréal / Laval Women's Centers is launching in 2017 the project "Housing co-operatives: Women's representation, Women's enpowerment".

Funded by Status of Women Canada (SWC), this project plans on having a significant impact on the empowerment of women in housing co-operatives. 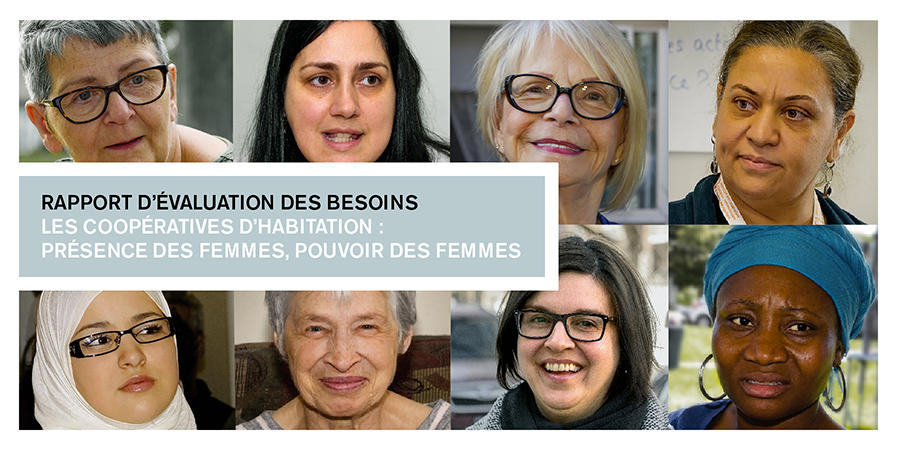 The release of this report marks the end of the project’s first year, under the sign of identifying issues.
To better guide our next actions, we have carried out, with the support of the Relais-femmes organization, an inventory of needs: what are the participation realities experienced by women living in co-operatives?

Thanks to the testimonials of residents and community workers, we have collected experiences of life and involvement in housing co-operatives, identified challenges, but also inspiring practices for achieving equality in co-operatives.

We invite you to read these results and recommendations (FR). Three documents were produced to stimulate the reflections:

This work, which is taking place on the territory covered by FECHIMM, is part of a mobilizing and participatory approach: it will be carried out with men and women living in housing co-operatives and our partners in the community. The project will run over a period of three years, from 2017 to 2020.

THE LEADERS OF THE PROJECT

Fédération des coopératives d’habitation intermunicipale du Montréal métropolitain(FECHIMM) is the second largest federation in Canada and the largest in Quebec. It has some 460 member co-operatives with 12,000 households. Through its offer of services and training workshops, the Federation takes part in the consolidation of housing co-operatives by promoting the acquisition of skills essential to the self-management of the co-operative.

Lachine-LaSalle Housing Committee (CLLL) is a community-based collective advocacy organization. Its mission is to promote and protect access to good quality housing at affordable prices, mainly for households in Lachine and LaSalle. The CLLL carries out its mission through various means, including the collective defense of rights, autonomous popular education, information and public awareness, the promotion and development of access to social housing and a consultation and individual support service.

Réseau 2000+ Technical Resource Group (GRT) is responsible for grouping, facilitating, accompanying and advising individuals and groups in the realization of their community housing projects, co-operatives or non-profit organizations, in Laval and the Laurentians.

The Regional table for Montreal / Laval women’s centers (TRCFMML) regroups 14 women's centers. These are feminist resources who work to break the isolation of women and improve their living conditions through services, collective actions and popular education activities. The TRCFMML supports its members through training, the realization of collective tools and the pooling of resources and knowledge. It is a network of collective actions to achieve equality and social justice and this, BY, FOR, WITH the women.

You want to get involved, learn more about the project, participate as a resident, applicant or partner? Write to us at femmes@fechimm.coop.