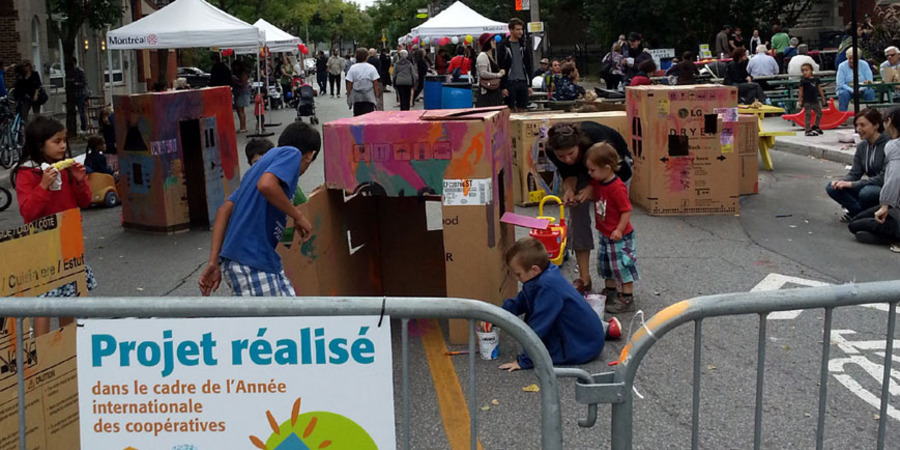 FECHIMM subscribes to the co-operative principles and embraces the Manifesto of Housing Co-operatives adopted in 1977. The Federation is a member of the Co-operative Housing Federation of Canada (CHF-Canada) and of the Coopérative de développement régional Montréal-Laval..

The Confédération québécoise des coopératives d’habitation (CQCH) includes five regional associations and housing cooperatives in non-federated regions of Quebec. In total, it represents nearly 500 cooperatives spread across the province. Since October 3, 2014, FECHIMM, the largest regional federation in Quebec is no longer a member of the CQCH.

Democratic deficit and governance issues within the Confederation are among the reasons that led FECHIMM to not renew its membership in the CQCH. FECHIMM also objected to the fact that CQCH promotes cooperatives with access to private property.

FECHIMM is a member of the Montreal-Laval Regional Development Co-operative whose mission is to promote the co-operative formula in its territory and to provide services to co-operatives. The CDR also provides expertise and appropriate support, especially for co-operatives related to production and labor.

The CQCM (Quebec Council of cooperation and mutuality) is the democratic body of the Quebec co-operative and mutualist movement. Its mandate is to develop its potential. Founded in 1940, it now includes all co-operative federations and sectoral and regional mutualists of Quebec.

Active in more than 40 sectors of activities, the members of the CQCM represent some 3,300 co-operatives and mutuals that generate more than 92,000 jobs.

The consultation table in which participates FECHIMM, also aims to increase awareness of co-operatives and mutuals in Montreal leaders and increase the visibility of the movement for the general public. The table also hopes to help the movement to better meet the challenge of urban development.